San Miguel is one of the oldest cities in the Americas, almost 500 years old, however, thousands of years before the Spanish arrived to the new world the local indigenous tribes were long-familiar with the thermal hot springs waters of this region and their healing qualities. 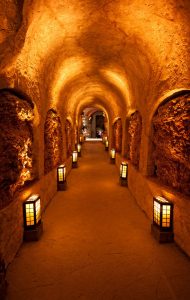 Just up the road from the Mayan Baths is the village of Atotonilco, now a World Heritage site. Its name comes from an Aztec dialect meaning “in hot water” referring to the thermal mineral hot springs which bubble up from the ground just behind where the church now stands. Artifacts discovered in this area and early Spanish writings establish the hot mineral springs were considered sacred long before the arrival of the Spanish. According to his own writings, Father Luis Phillip Neri, who had been preaching at a mission in Dolores Hidalgo, was on a trip from there to San Miguel when he stopped near the area of the Hacienda de Atotonilco due to his ill health. While there he was encouraged to bathe in the hot springs which the local Indians considered sacred and medicinal. It was shortly after his recovery in 1740 that he purchased the Hacienda and started to build the church, Santuario de Atotonilco, believing that it was sanctified ground and that bathing in its thermal waters had cured him. Father Neri continued building the church, which the World Heritage Organization calls “one of the finest examples of Baroque art and Baroque architecture in New Spain” and he lived on the church grounds and bathed in the waters until his death 36 years later.

To this day the local decedents of these peoples bathe in the adjoining Laja River where they dig holes in the sandy river banks to let the thermal waters flow into their excavated baths. Here, in our little village of Cieneguita, the locals still bathe and wash their cloths in the stone and adobe lined thermal ponds built hundreds of years ago.

Definition: the science of the therapeutic use of baths 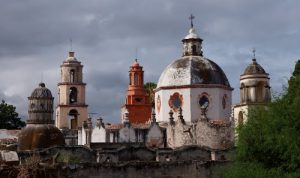 The belief in the curative powers of mineral waters dates back to prehistoric times and since recorded history people from around the world have well documented the healing properties of mineral waters both in lore and by scientific study. Various ritualistic practices of purification and healing using mineral water existed among many ancient civilizations including the Chinese, Babylonians, Egyptians, Greeks, Romans, and including ancient peoples from all across the Americas.

As you submerge yourself into a bath of hot mineral water you experience a kind of weightlessness which immediately relieves pressure on every part of the body including the internal organs. The results are, diverse and cumulative. Stress on the body and joints is eased soothing muscles and relieving aches and pains. After a few minutes blood vessels expand and blood pressure drops. Skin becomes softer and hydrated. As hot water circulates oaver the tissue’s nerve endings and warms the spinal column a measurable amount of high frequency EEG levels in the brain are lowered calming the mind. Endorphins, the body’s natural “mood elevators”, are released. The overall effect is we become relaxed, not only physically but also mentally. Tension, anxiety and stress seem to float away with the warm waters leaving want and worry behind…..

The more profound benefits are the relief from more serious health problems; certain types of circulatory and heart disease, some liver, kidney and bladder problems, nerve and spinal disorders, burn and scar tissue rejuvenation, tuberculosis, arthritis, osteoarthritis, fibromyalgia, chronic skin and rash ailments, management of back pain, sore muscles/muscle spasm, body and head aches, sprains, pruritus, and anxiety. The nerves carry impulses felt at the skin deeper into the body, where they are instrumental in stimulating the immune system, invigorate circulation and digestion, encourage blood flow, lessen pain sensitivity, help with sleep and influence the functioning of the endocrine system, the list goes on…. 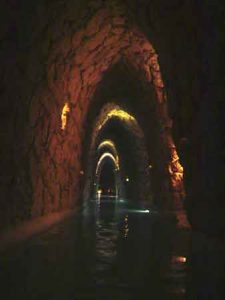 The mineral properties of hot spring water vary from region to region and even from spring to spring, therefore each type of water has different therapeutic properties depending on its mineral composition and water from hot springs where the water is heated underground by geothermal heat as it is filtered through layers of underground rocks is especially high in minerals.

It is purported that our area’s local “hot mineral water has the same chemical composition of the famous Baden-Baden hot spring pools in Germany. The waters are believed to slow aging.” (Mexico Less Traveled – Mexico’s Healing Hot Springs)

Samples of our water were sent to a lab in Boston for general water quality testing. “Bacteria” was “Absent” and tests for 60 malicious compounds, an “Organic Analysis”, showed “None Detected”

Tests were also conducted for “General Chemistry”. This was not a full mineral scan but does report that Sodium, Potassium, Copper, Magnesium, Calcium, Chloride (a component of salt) and Sulfate were detected in varying quantities. It shows a ph of 7.04 which may reflect the presence of silicic and boric acids as mentioned in the Baden-Baden water analysis. An underwater camera probe of the lining of our well revealed white salt deposit build-up along the walls of the casing and there was substantial metal oxidation caused by the heavy mineral content. Those reported are some of the more important minerals found in therapeutic hot springs around the world. And much to our benefit, it has no color or odor! (See link to water test on bottom of page)

At the Mayan Baths; the touch of the thermal waters, the sight of the magical surroundings, the sound of soft music, the smell of exotic fragrances and the taste of fine food indulges and pampers all the primary senses.

The Mayan Baths is just the first phase of what will be a legendary Hot Springs Spa Resort.